It's been a longtime since the last news, no ? Yeah, 4 months ago, I was publishing the public version first anniversary news !

The game developement has slowed down to a "maintenance mode" during summer, I wanted to take time outside the project. But I did multiple minor updates since the anniversary news:

The goal was to make versions look lighter, because versions having a duration of 6 months, or worse, 1 year; and having 150 issues are not really attractive.

I decided to create versions around major features or a specific field. And next to that, I created a global backlog in order to have a list of bugs, minor improvements, and minor features. This backlog can be used at any time.

This system works better than the previous one, my productivity has already came back to better level.

Here's the new version list, after the rework. We now have 9 versions from 2019 instead of 5: 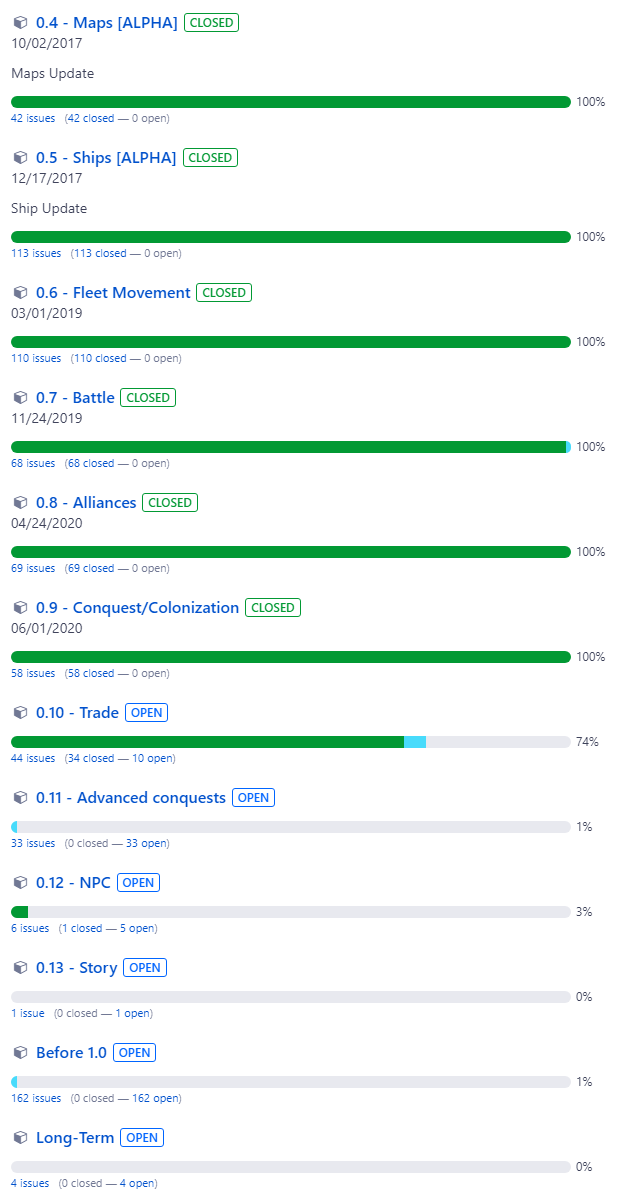 Another reason behind my slowdown when developing Galactae is my second game project named Extortion.

I will not make a big presentation of it here, it's not the right place, but here's a small description:

You're a computer engineer with a terrible secret. Someone is blackmailing you and now, you have to hack some servers and get secret files for him. Would you succeed to achieve his missions or would you find him and revenge ?

Thanks to all players that are helping me to improve and stabilize game everyday ! And congratulations to the top 1 player that reached 25,000 points, and 18 planets.

I hope seeing each one of you in game soon,